A boost to morale. The Royal Society for the Protection of Birds endorses the Mouse-Free Marion Project

The Royal Society for the Protection of Birds, the United Kingdom’s BirdLife Partner, has offered its endorsement of the Mouse-Free Marion Project.  The RSPB’s Chief Executive, Beccy Speight writes: 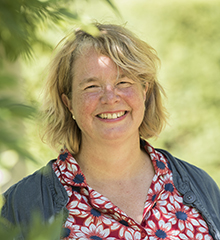 “Nature is in crisis.   After habitat loss, the impacts of invasive non-native species are one of the leading contributors to biodiversity loss globally.  This loss is felt most acutely on islands that are epicentres of avian extinctions.  I am proud to endorse the Mouse-Free Marion Project that aims to restore the fortunes of many millions of seabirds and see the recovery of South Africa’s Marion Island ecosystem.  The Royal Society for the Protection of Birds will continue to offer all the support that we can to bring this vital project to fruition and ensure it stands the greatest chance of success.  Only with projects of this scale and ambition do we all stand a chance of restoring our natural world for future generations.”

The RSPB is the UK’s largest nature conservation charity, with over a million members.  Established in 1889 and awarded a Royal Charter in 1904, the society became a national partner of BirdLife International in 1993.  Its work includes rodent eradication projects on seabird islands, including on England’s Scilly Isles and Scotland’s Shiant Isles, and on the UK Overseas Territories of St Helena, Ascension and Tristan da Cunha (Gough Island) in the South Atlantic and the Pitcairn Islands (Henderson Island) in the South Pacific.  The society also hosts BirdLife International’s Albatross Task Force, which has reduced at-sea mortality of seabirds by fisheries in a number of countries, including in Namibia and South Africa. 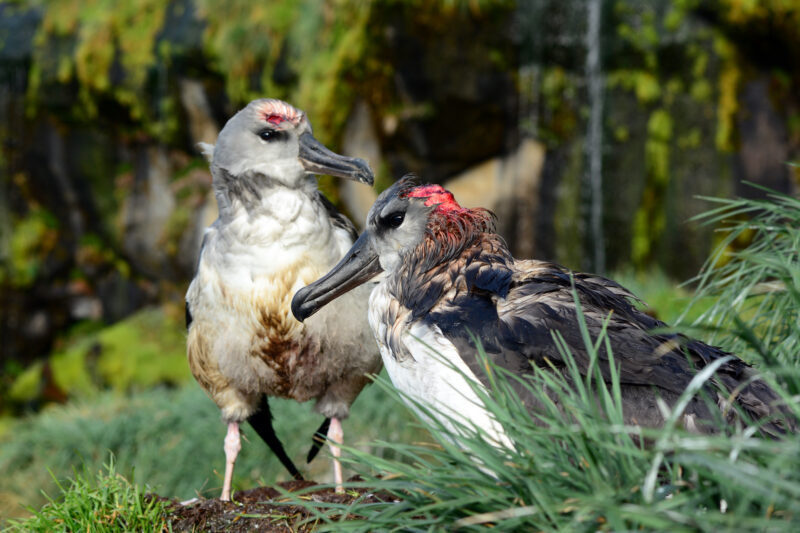 Scalped to the bone by mice: Grey-headed Albatross chicks on Marion Island; photograph by Ben Dilley

The RSPB also works internationally, often partnering with BirdLife International and with BirdLife national partners, to conserve birds and their habitats around the world.  For several years in the 1990s, RSPB support helped BirdLife South Africa establish itself as a national partner in 1996 and then grow to an organization with 40 staff and over 5000 members.  The CEO of BirdLife South Africa, Mark Anderson, confirms that the RSPB’s support was critical in the society’s growth to a level where it is now able to partner with South Africa’s Department of Forestry, Fisheries and the Environment to work towards what will arguably be the country’s largest avian conservation effort to date – the eradication of the albatross-killing mice on sub-Antarctic Marion Island.  He notes that the RSPB continues to support BirdLife South Africa, by funding some of the organisation’s key conservation positions, including its two Albatross Task Force staff members.

Mouse-Free Marion’s Project Manager, Anton Wolfaardt says “Receiving the endorsement of the MFM Project from such a large and prestigious organization as the Royal Society for the Protection of Birds gives us all a huge morale boost and ensures our continued commitment to seeing the end of Marion’s mice and to watch its subsequent recovery from their onslaught”.