Mark Tasker, who resides in Scotland, is a retired Head of Marine Advice at the UK’s Joint Nature Conservation Committee (JNCC) and a long-time veteran of the international Agreement on the Conservation of Albatrosses and Petrels (ACAP; www.acap.aq).  He has served as head or as a member of the UK Delegation to all but one ACAP meeting since the Agreement’s first in 2004, and to negotiation meetings prior to that, is a past Chair and Vice Chair of ACAP’s Advisory Committee and is currently Convenor of the ACAP Taxonomy Working Group.  Mark has worked with albatrosses primarily in the Falkland Islands and on South Georgia and he managed the work of the JNCC’s ACAP Coordinator for the South Atlantic. The Coordinator from 2008-2013 was Anton Wolfaardt, now the Manager of the Mouse-Free Marion Project that aims to rid the island of its albatross-killing House Mice during the austral winter of 2023.  In 2011/12 Mark and Anton worked together trapping rats on South Georgia- now thankfully rodent free following an eradication campaign by “Team Rat”. 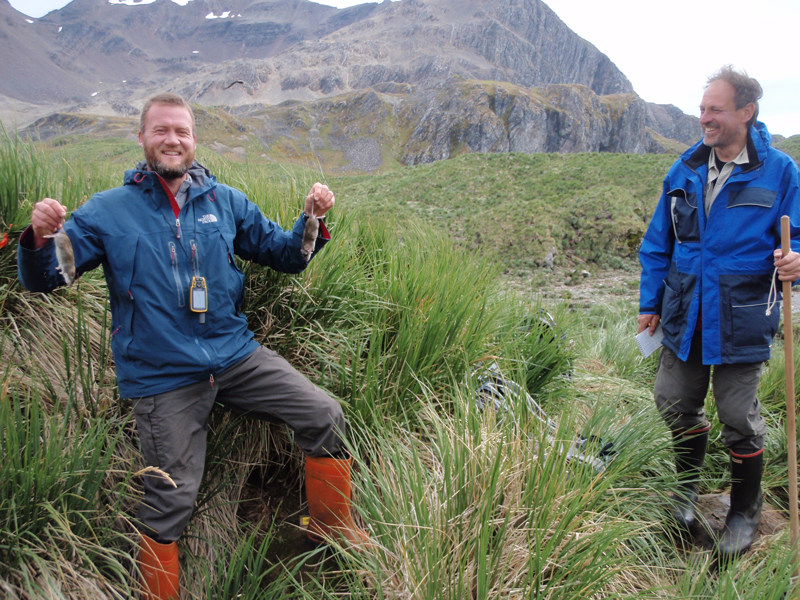 “Mark (right) is my previous boss, with whom I spent an enjoyable couple of months in 2011/12 trapping rats on South Georgia” – Anton Wolfaardt (left)

Mark writes: “Albatrosses are one of the pinnacles of evolution in harnessing the winds to search much of the world’s oceans for food.  Sadly, human activities are putting them at risk of extinction.  Among these (often accidental) activities is the introduction of non-native organisms; removing these from islands is among the most important things we can do to advance the conservation of these magnificent seabirds.”  With his experience and passion for procellariiform seabirds and the restoration of their island habitats by removing introduced predators, it is no great surprise, but nevertheless most welcome news that he is now supporting the attempt to rid South Africa’s sub-Antarctic Marion Island of its alien predators.  Mark’s generous sponsorship will allow the project to treat 25 hectares of the 30,000-ha island come 2023.  So far 738 individuals have sponsored 1967 hectares, which is only 6.5% of the island’s total area – so there is still a long way to go to make the project a reality. Mark D. Anderson, CEO of BirdLife South Africa, thanked Mark for his generous sponsorship, and the many others who have already contributed, saying that “these contributions will help us secure a significant conservation legacy for Marion Island’s seabirds.” 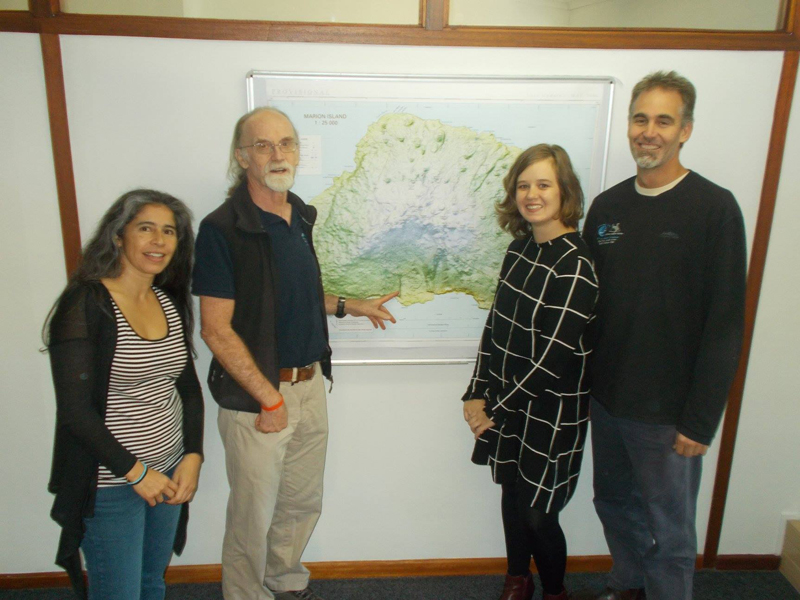 The Sponsor a Hectare scheme was first proposed by John Cooper, ACAP’s Information Officer, inspired by the crowd-funding success of the Million Dollar Mouse project to eradicate mice on New Zealand’s Antipodes Island.  His own sponsorship towards a Mouse-Free Marion does not come close to matching Mark’s but watch this space!

The Mouse-Free Marion Non-Profit Company has been established to initiate and implement the project, which will be undertaken as a partnership between the South African Department of Forestry, Fisheries and the Environment and BirdLife South Africa.  Click here to make your own sponsorship at South African Rands 1000 or US Dollars 70 a hectare.