Featuring Marion Island’s albatrosses and petrels affected by mice and their photographers: the Northern Giant Petrel by Janine Schoombie

Above Picture:  A Northern Giant Petrel broods its downy chick on Marion Island

NOTE:  This is the second in an occasional series that aims to feature photographs of those breeding seabirds of Marion Island which are being attacked by mice, along with information about their photographers.  The aim is to introduce the photographers (and the birds) to readers in such a way as to explain the passion that they, and all the members of the MFM Team, feel for the island.  The first in the series covered the globally Vulnerable Wandering Albatross Diomedea exulans.  Here, Janine Schoombie features the Northern Giant Petrel Macronectes halli, (globally Least Concern but considered regionally Near Threatened) which she has studied on Marion Island.

Armed with nest stakes and under research permit, Janine Schoombie approaches a curious Northern Giant Petrel on its rock-protected nest

When I started studying aeronautical engineering, I never imagined that I would find myself on Marion Island, working with seabirds. After completing an MSc, I was very fortunate to join the M72 Overwintering Team to Marion Island in 2015.  Working for the FitzPatrick Institute of African Ornithology at the University of Cape Town as a research assistant I was tasked with monitoring the breeding success of four albatross and several petrel species, among them the Northern Giant Petrel.  I definitely did not consider myself a photographer (and still do not), but if you are on Marion Island and you have a camera you are bound to become obsessed with capturing all the spectacular sites and bird activity. 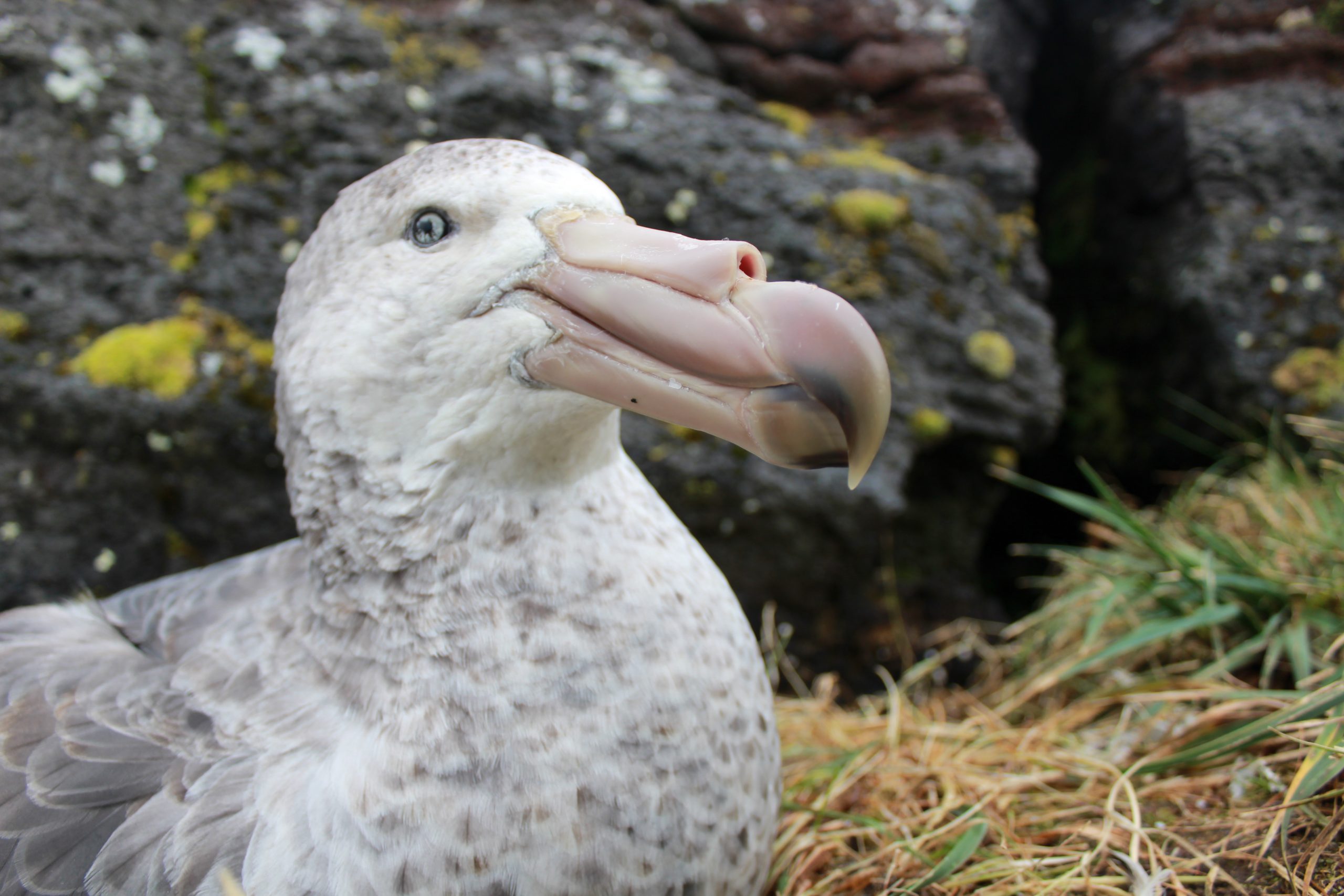 Giving the photographer the eye. Iris colour in giant petrels can vary from near white to dark brown

From day one on the island, I was fascinated by the Northern Giant Petrel.  Even outside their breeding season, there are always a couple flying around the research base.  When they glide past they often throw their heads back and call, which makes them look like winged horses, and their call is quite eerie and prehistoric.  They also have incredible eyes that look like cracks in the surface of some icy planet, which I could never capture properly with my camera.  I love their displays when they feed or defend their territories even though they can make quite a mess when they feed, which is probably not everyone’s favourite sight. 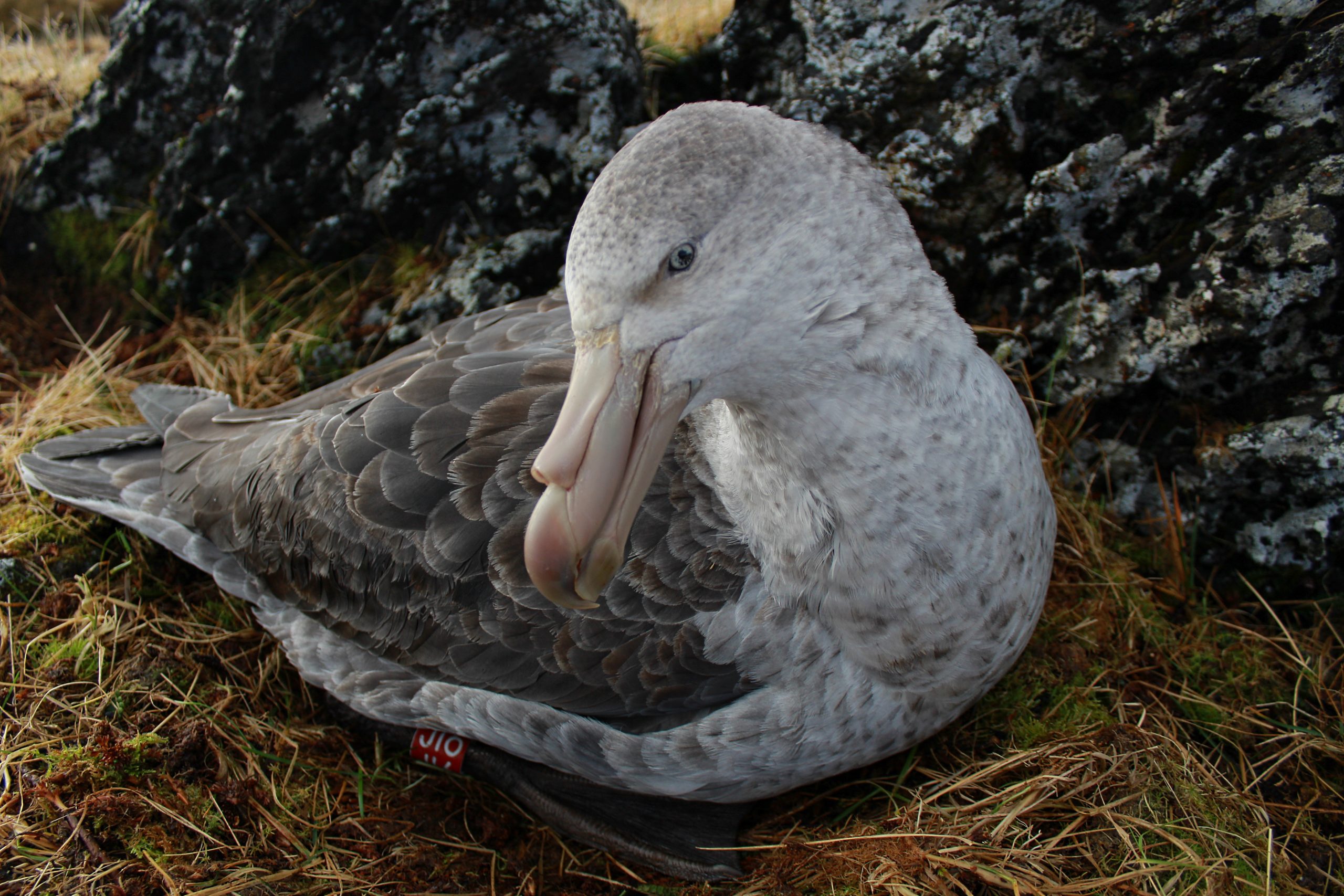 You’re not super fit yet by the time the Northern Giant Petrels come back to the island to breed in August, and this is when the real snow starts on Marion as well.  So it was very hard work for me to set up the monitoring colonies, but they are such lovely birds to work with and it was quite exciting to go exploring for their nests in the snow.  There are three monitoring colonies near the research base and towards the end of laying, we do a round-island count which is basically a four-day Easter egg hunt. And that’s how you get island-fit!  Of all the island experiences I had, working on the Northern Giant Petrel monitoring are still some of my fondest memories of working on Marion and these huge petrels will always have a very special place in my heart. 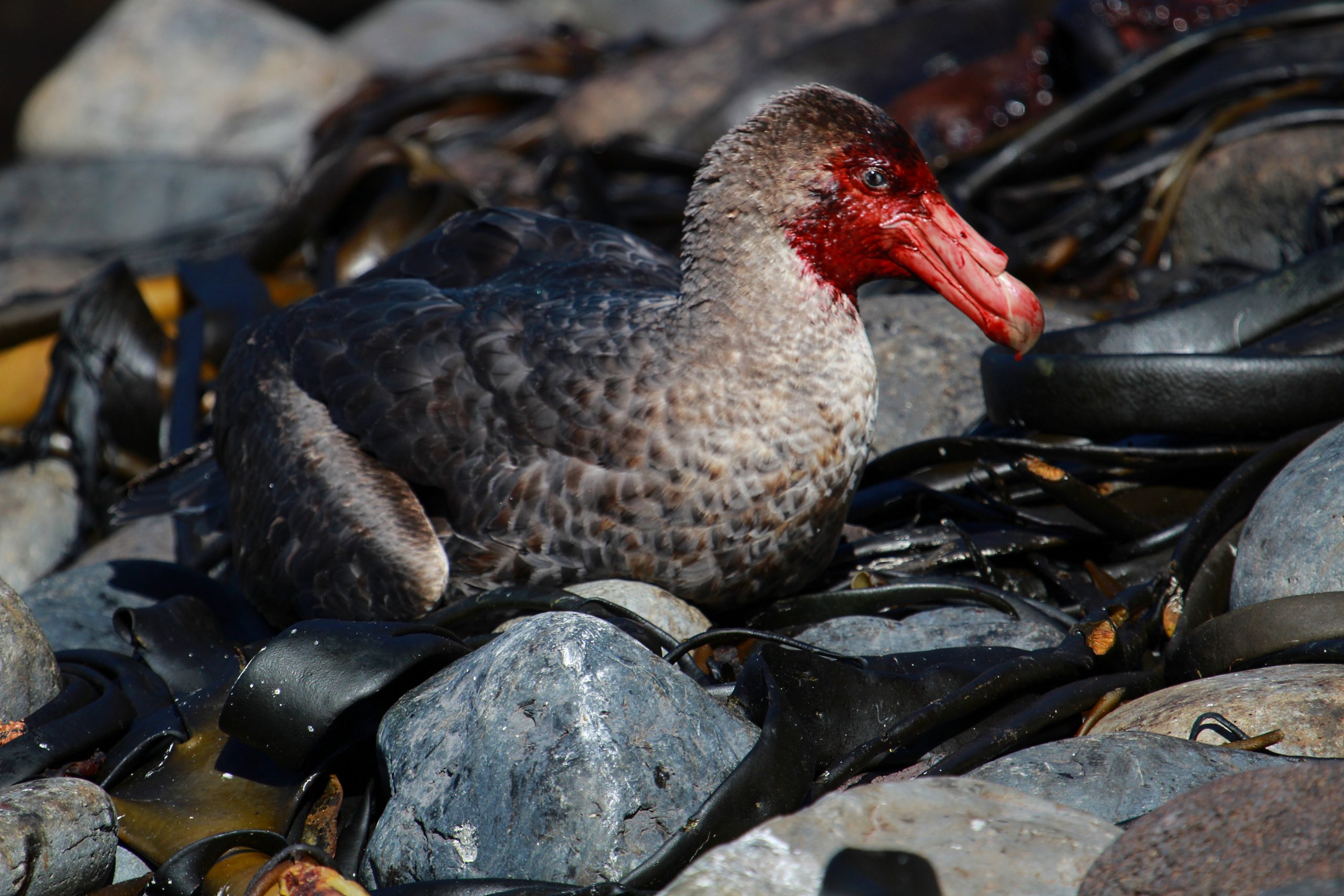 Since being a member of the M72 Overwintering Team I have made it my mission to insert myself into the polar science community and I was again fortunate to join the M76 Overwintering Team of 2019/20.  This time I started working on a South African National Antarctic (SANAP) project entitled “Modelling wind patterns and their ecological impacts on sub-Antarctic Marion Island”, towards my PhD at the University of Pretoria.  The project looks at the effects of wind on terrestrial ecology, combining my love for engineering and Marion Island.  Even though my focus is currently on how albatrosses interact with wind, I hope to extend my work to Northern Giant Petrels and to other seabirds in the future. 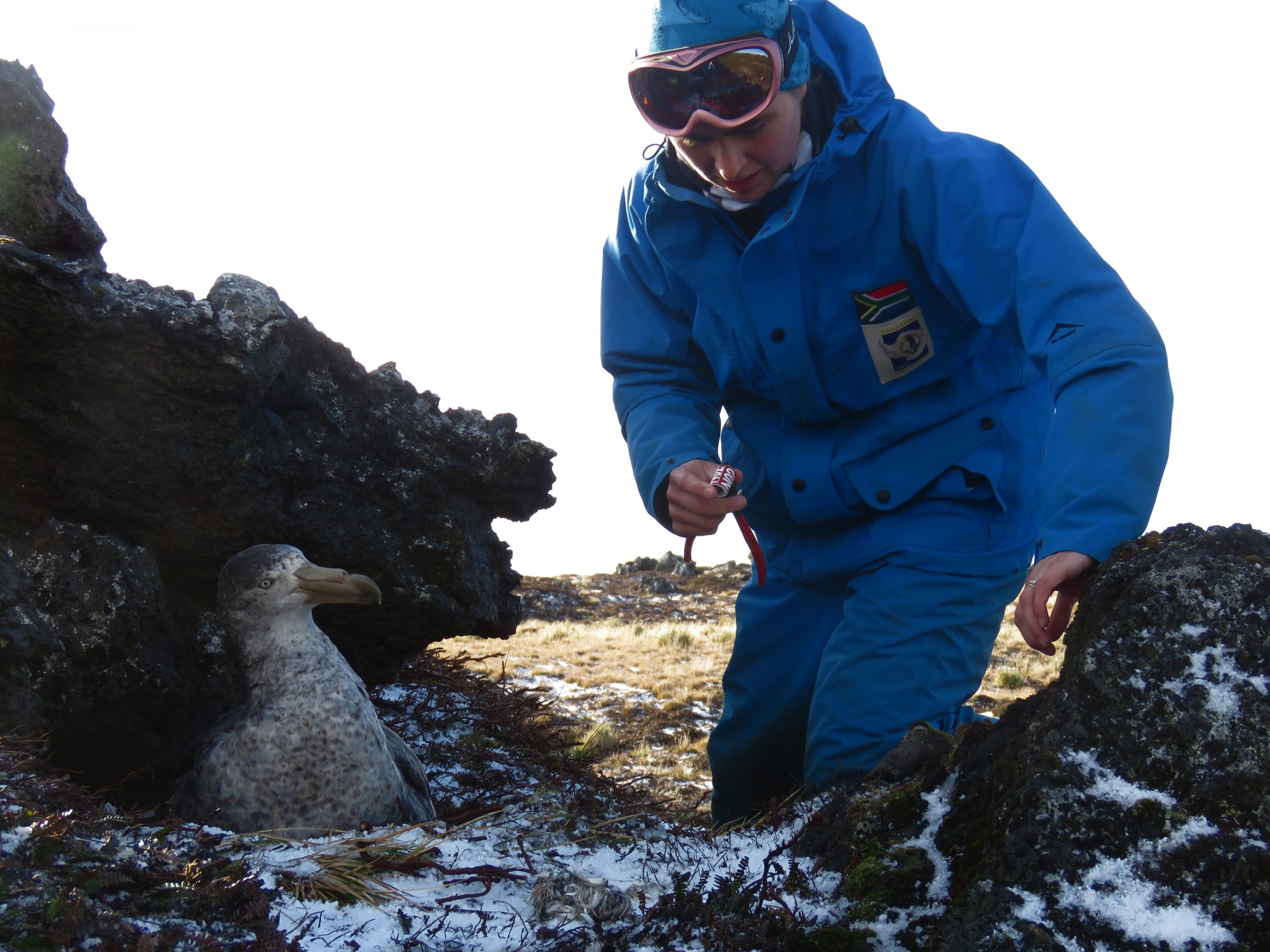