Above picture: A mountainous view of South Georgia from offshore Prion Island, with an incubating Wandering Albatross; photograph by Anton Wolfaardt

NOTE:  In this news post, Tony Martin writes about his leadership of the South Georgia Habitat Restoration Project that successfully eradicated the island’s introduced rodents over a seven-year period.  Previous guest articles in this occasional series have covered the planned House Mouse eradication project on the USA’s Midway Atoll, the successful eradication of mice on New Zealand’s Antipodes Island and the equally successful multi-species eradication project on Australia’s Macquarie Island.  Future articles will feature other island rodent eradications around the world, both completed and planned.  They serve to both highlight what is possible with island eradication efforts nowadays and to encourage support for the Mouse-Free Marion Project that aims to eradicate House Mice on the largest island yet in a single operation.

The island of South Georgia is familiar to millions of people around the world by virtue of it starring in many of Sir David Attenborough’s natural history documentaries.  If you remember seeing magical clips of albatrosses displaying, Southern Elephant Seals beating the hell out of one another, or countless King Penguins in colonies stretching into the distance, it’s likely that you were looking at South Georgia.

As magnificent as it is, today’s wildlife spectacle on South Georgia masks the fact that what you see is but a shadow of what was there when Captain Cook set foot on the island in 1775.  His landing on South Georgia initiated a sequence of man-made catastrophes that caused first the seal populations to collapse, then the whales, then the birds.  The seals and whales were targeted directly for their fur, oil and meat, and the industries that exploited them collapsed when their prey were hunted to commercial extinction.  The sealers and whalers disappeared, but they left a legacy that would last much longer than they did – thriving populations of rats and mice that would munch their way through most of the island’s birds and change the ecology of the entire island. 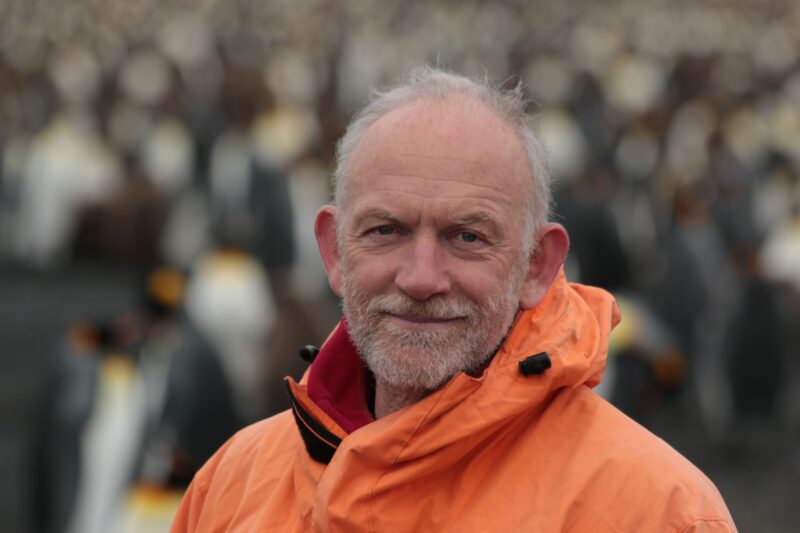 I first visited South Georgia in the 1990s and was quickly struck by the difference between the rodent-free offshore islands and the main island.  That difference was most apparent at night.  On Bird Island, the ground beneath your feet would vibrate with the cacophonous calls of myriad petrels and prions in their burrows, while the air was full of their mates calling out on return from their feeding grounds.  To be in the middle of that ear-bashing, mind-numbing chaos is an experience no-one can forget.  On a similar night on the main island, though, one could hear the distant seals and penguins, and the ever-present wind, but not a single flying bird.  The rats had eaten the lot.

On returning from that first trip, I researched what could be done about the rodents, but at that time the answer was nothing.  South Georgia is so vast, so remote and so rugged that the prospect of removing every Norway Rat and House Mouse was considered to be zero.  A complete non-starter.  Over the succeeding years, I became aware of, and closely followed, the growing expertise and ambition of Kiwi pest eradicators, and on my first visit to New Zealand’s sub-Antarctic Enderby Island (Auckland Islands) was overjoyed to meet the hero who had recently led the Campbell Island rat eradication project, Pete McClelland.  Campbell, like South Georgia, is remote and hostile, and success there finally gave hope that maybe, just maybe, something might be done on South Georgia.

One fine day in June 2009, I received a call that would literally change my life.  The call was from a friend who was a Trustee of the South Georgia Heritage Trust, a small charity based in Dundee, Scotland, that hitherto had carried out small cultural projects on the island, but had now, remarkably, decided to embark on a hugely challenging and expensive mission of global significance.  He asked whether I would give up my secure job as a government polar scientist to go and kill rodents on South Georgia.  I didn’t hesitate for a second, and so started an all-consuming, exhausting and nerve-wracking journey leading the South Georgia Habitat Restoration Project that lasted for seven years.

Having never done anything like this, I needed help and advice, and was bowled over by the generosity of spirit shown by all those I approached.  We Brits had been lagging in the field of invasive alien species (IAS) eradications, so I mostly sought guidance from the New Zealanders who had gained great reputations – Pete McClelland, Derek Brown, Keith Broome, Peter Garden and Keith Springer among them.  It is no exaggeration to say that the success of the subsequent South Georgia operation was substantially due to the wisdom, support and guidance provided by these fine people over the following years. 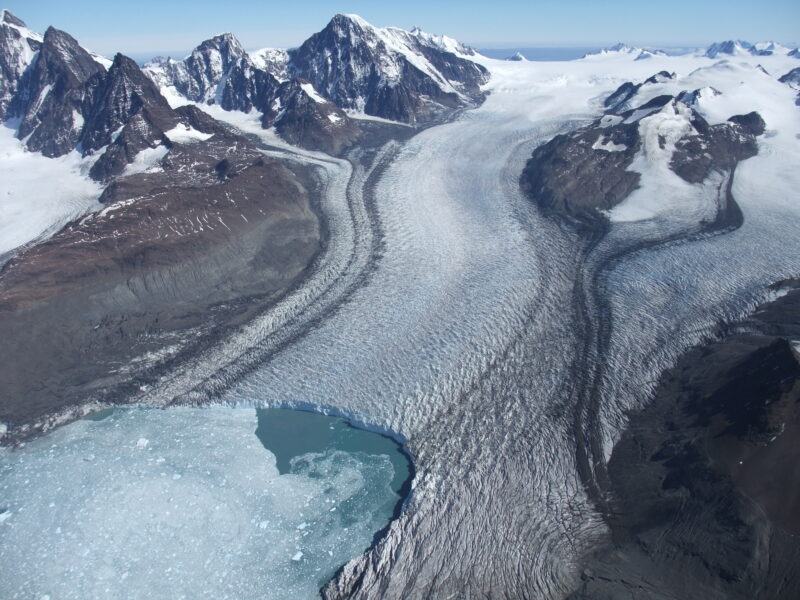 A barrier to rats. A South Georgia glacier reaches the sea; photograph by Tony Martin

The area occupied by rodents on South Georgia, amounting to 1068 km2 (106 800 ha), was so large that we could not hope to spread rodenticide bait over the entire area in a single season.  Fortunately for us, the island is sub-divided by huge glaciers reaching the sea that are impenetrable by rodents, so we could treat each inter-glacial area independently, confident that once cleared of rats or mice, it would not be re-invaded before we returned.  The multi-year nature of the project meant that it was cheaper to buy the helicopters than lease them, and so I had the great pleasure of becoming one of the few zoologists (perhaps the only?) in history to go out and buy not one, but three, helicopters, initially without a clue what to look for.  Our aircraft of choice (reliable, cheap and available) was the Bolkow 105, a twin-engined, German-made machine that had been the mainstay of the British emergency services for many years.  They served us well during three punishing seasons on the island, flying vast distances in conditions for which no helicopter had ever been designed, thanks in large part to the skill of our Kiwi and British pilots. 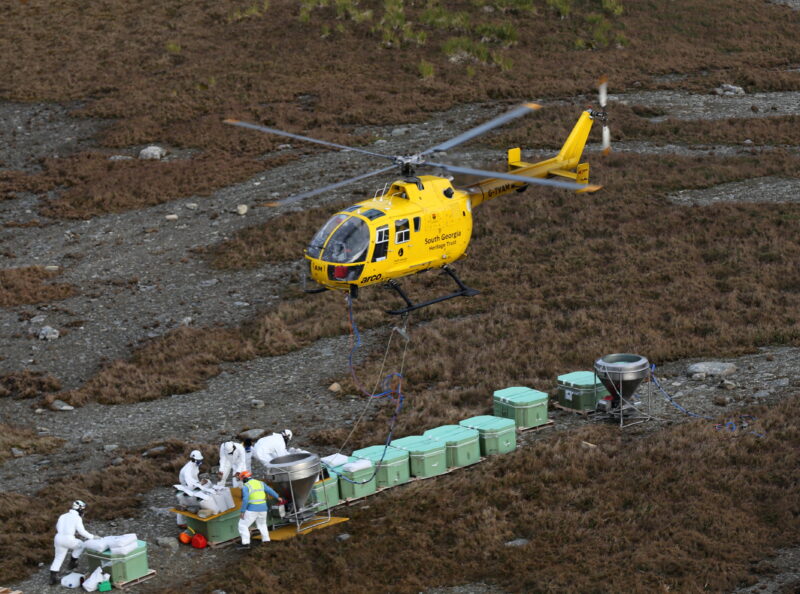 There was a need to instil confidence in donors and supporters after some delays prior to my appointment, so we scurried to carry out the first season of work (Phase 1) just 12 months after my appointment – a schedule that, in hindsight, showed my naiveté and that I would not now recommend.  The lost evenings and weekends paid off though, and a hastily assembled, brilliant team of Brits and Antipodeans successfully cleared rats from 128 km2 – equal in area to the largest island attempted worldwide hitherto – Macquarie Island.  Phase 1 in 2011 emptied the coffers, and we needed two years before more fieldwork could be mounted, giving time to evaluate whether we had succeeded in both getting rid of the bad guys, the rats, and had avoided doing irreparable damage to the good guys, the birds.  The answer was yes to both questions, so Phase 2 went ahead in 2013, comprising treating a monumental 580 km2 of rodent-infested terrain, including 49 km2 of glacier-isolated land with mice (but no rats) on it.

From the outset, getting rid of South Georgia’s rats was the main priority, but introduced mice were known to occupy two relatively small, adjacent areas on the island’s north-west coast, and it seemed sensible to tackle them while the people and equipment necessary to do so were in place.  Our bait suppliers (Bell Laboratories in Wisconsin, USA) recommended a higher density of the anticoagulant rodenticide brodifacoum in the bait –  50 ppm rather than the 25 ppm used for the rats – and smaller pellets, so a special batch of mouse bait was manufactured, spun out from the buckets beneath the helicopters at 10 kg per ha (compared to 5 kg/ha for the rats) and did the job.  No mouse sign has been reported since that time. 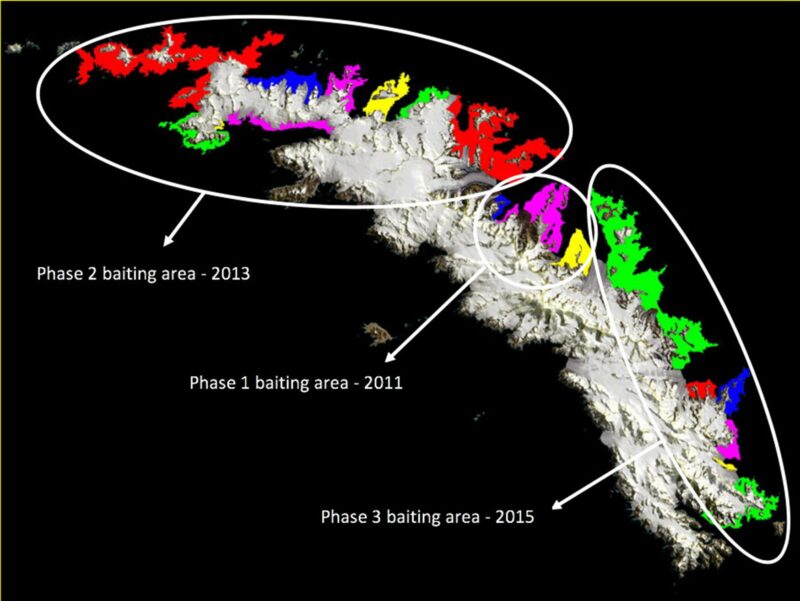 South Georgia areas baited in three separate phases, 2011-2015. Glaciers separate the differently coloured areas; the mice were in the Phase 2 green sections on the left; map by the South Georgia Heritage Trust

In comparison, the Phase 3 operation in 2015, involving a mere 360 km2, seemed like a walk in the park, or at least it did until a storm of biblical ferocity damaged two of our helicopters on the ground, one irreparably, before bait-spreading had even commenced.  A team of innovative engineers and other field staff contrived to keep the show on the road throughout the next two months, however, and one unforgettable day in March 2015 saw the last load of bait being tipped into the hopper of helicopter G-TVAM, which then disappeared to treat the very last few hectares of land on the island.  A project that had taken seven years to complete, involving 30 staff, 12 trustees, hundreds of donors and 7.5 million GBP had finally achieved its objective.  We weren’t to know it at the time, but the bait-sowing strategy had worked, and a few days later this jewel of an island was free of the rodent plague for the first time in two centuries.  South Georgia was formally declared free of rodents in May 2018, following a series of exhaustive checks (Phase 4) for signs of rats and mice. 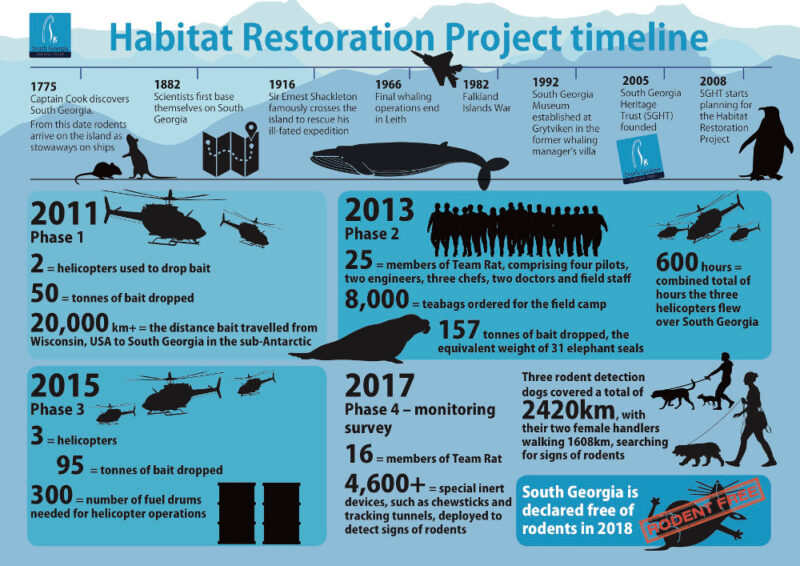 Most of the bird species that were hammered by rats on South Georgia live life in the slow lane – taking many years to mature and laying but one egg a year – so we always knew that their recovery in the absence of rats would take a long time: decades if not centuries.  But the small and delicate endemic South Georgia Pipit, banished to small offshore islands by rats, breeds at age one, has multiple broods of several chicks and disperses widely from the nest.  If there was to be a rapid and obvious sign of recovery, the pipits would provide it.  And so it proved, with the bird being taken off the Near Threatened list and designated as of Least Concern in 2021.  Just a year after our last bait drop, when I was at home, I received a satellite phone call from a crusty old friend who had been leading tours to South Georgia for many years.  He was in tears, sitting on a rock on the north coast of the island, surrounded by singing pipits and flocks of South Georgia Pintails, and just blown away by the speed with which the native wildlife was bouncing back after centuries of rodent assault.  The South Georgia Habitat Restoration Project conjured a rebirth of the island’s wildlife, a process that will continue long after we lucky participants have shuffled off our mortal coils. 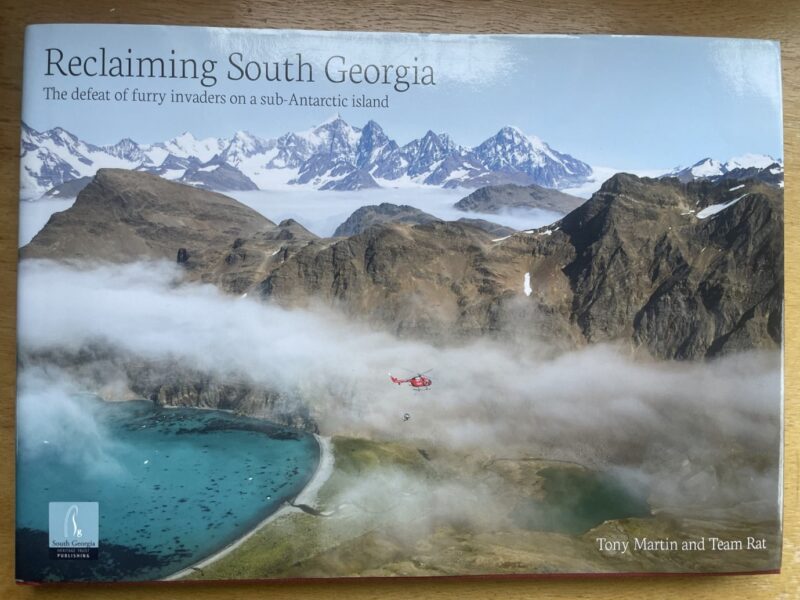