Above picture.  Romario holds his Certificate of Appreciation and a book on Marion and Prince Edward Islands sent in grateful thanks for his sterling fund-raising effort

Eleven-year-old Romario Valentine’s Seabirds Christmas Gift campaign for Marion Island’s beleaguered albatrosses has raised over R 20 000, more than double the R 10 000 he aimed to raise for the Mouse-Free Marion Project.  The total amount received of R 20 530.30 has come from 36 individual donors in only five weeks since the campaign opened in late November last year.

Romario, along with his mother Delsha Moodley, have expressed their gratitude for the support received: “I would like to thank everyone who has supported me on my bird conservation campaign for Marion Island.  Please continue to share it with fellow birders and nature enthusiasts. It will remain open for any further donations.  Together we can be part of this legacy.” says Romario. 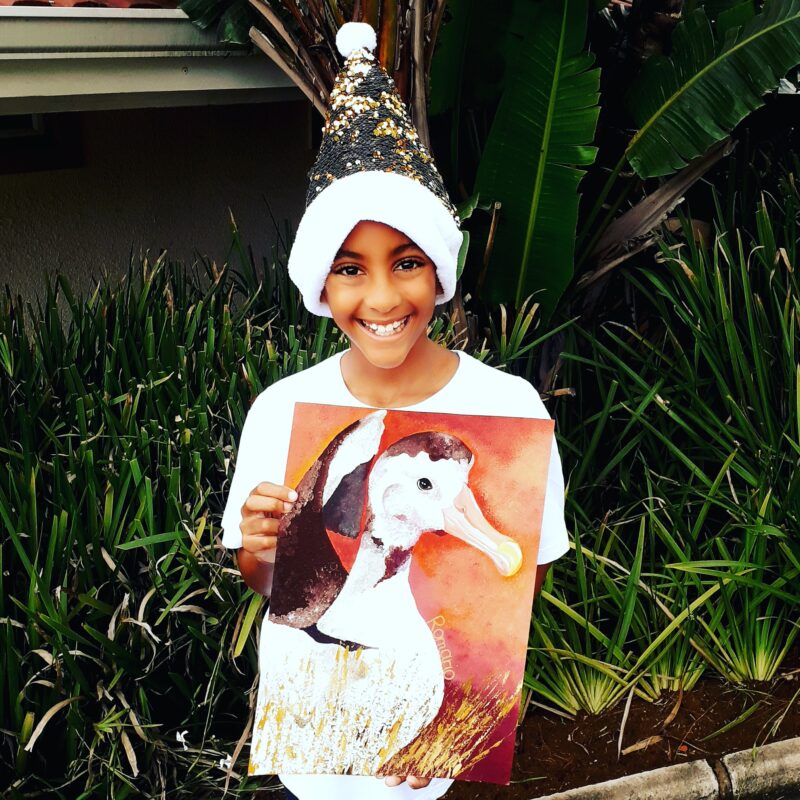 Romario Valentine holds his painting of a Critically Endangered Tristan Albatross, that are at risk from mice on Gough Island

At Romario’s request, the sum raised has now been registered on the MFM website in the name of his campaign as a 20-hectare sponsorship. 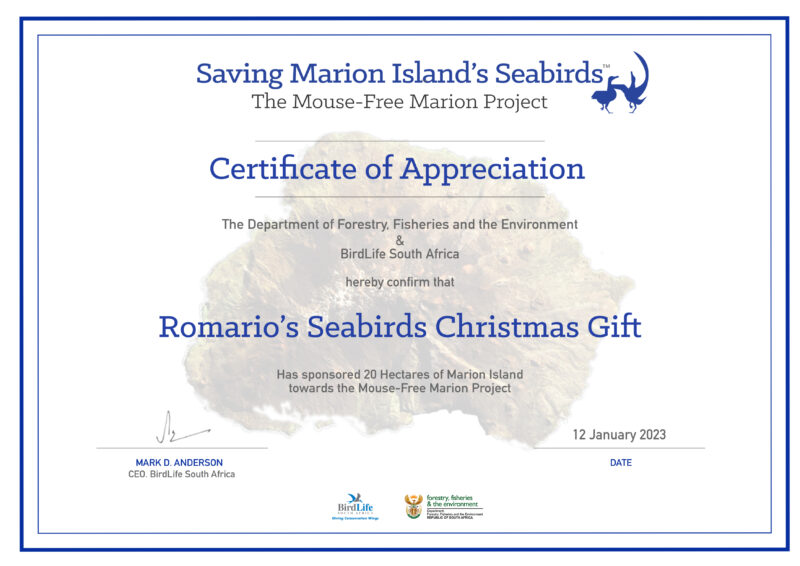 Eleven-year-old Romario Valentine, from Durban, South Africa, is described as a young eco-warrior, who is “renowned globally for his beach clean ups, tree planting, avian art and other conservation projects”.  In September 2022 he received a BirdLife South Africa Owlet Award (click here for his citation).  Romario’s mother created the Seabirds Christmas Gift campaign via BackaBuddy on his behalf to support the Mouse-Free Marion Project in its effort to eradicate the island’s albatross-killing mice.  Mark Anderson, CEO of BirdLife South Africa and Chair of the MFM Project Management Committee has written to MFM News: “We are very appreciative of Romario’s fundraising work!  He is an amazing advocate for the preservation of our planet, and a role-model for the youth.”

Read an earlier post to MFM News on Romario’s campaign and click here to make a donation as the campaign will continue to stay open.

With thanks to Ria Olivier, Antarctic Legacy of South Africa for donating the 2010 book (Marion & Prince Edward.  Africa’s Southern Islands by Aleks Terauds, John Cooper, Steven Chown & Peter Ryan) and to Delsha Moodley for her help.