Supporting the conservation of Marion Island’s petrels through art

Above Picture:  A Northern Giant Petrel displays on Marion Island; watercolour by Snah Kritzler after a photograph by Peter Ryan

Twelve species of petrels have been recorded breeding on South Africa’s sub-Antarctic Marion Island in the southern Indian Ocean.  All are, or are thought to be, threatened by predation by the island’s introduced House Mice.  The Mouse-Free Marion Project is working towards addressing this threat by eradicating the mice in 2024. 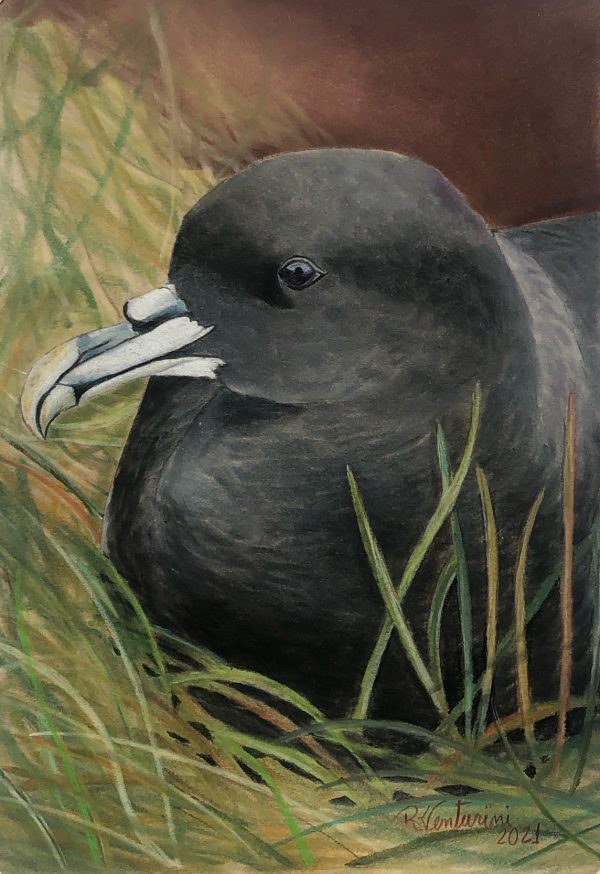 A White-chinned Petrel among vegetation; PanPastels by Rosana Venturini after a photograph by Andy Wood

The international Agreement on the Conservation of Albatrosses and Petrels (ACAP) collaborated with Artists and Biologists Unite for Nature (ABUN) in 2021 to create artworks depicting ACAP-listed petrels and shearwaters based on photographs taken at their breeding colonies and at sea.  As part of the collaboration, photographs of Marion Island’s four ACAP-listed petrels were received from researchers who have studied the species over the last decade or so. 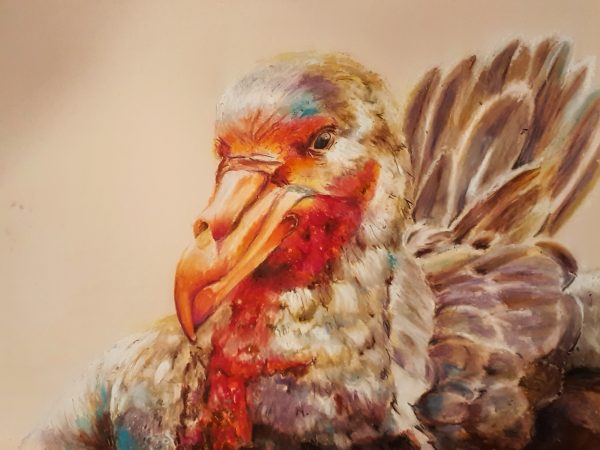 A Southern Giant Petrel is blood-stained after feeding on a seal corpse on Marion Island; oil pastels by Andrea Siemt after a photograph by Liezl Pretorius

The four ABUN artworks depicting Marion Island’s ACAP-listed petrels are shown here with the kind permission of both ABUN and ACAP.  It is hoped they will help encourage viewers to donate to the MFM Project by sponsoring a hectare or more.  Go to the project’s Facebook page to view the artworks alongside the original photographs.  An earlier post depicts artworks of Marion Island’s four species of breeding albatrosses. 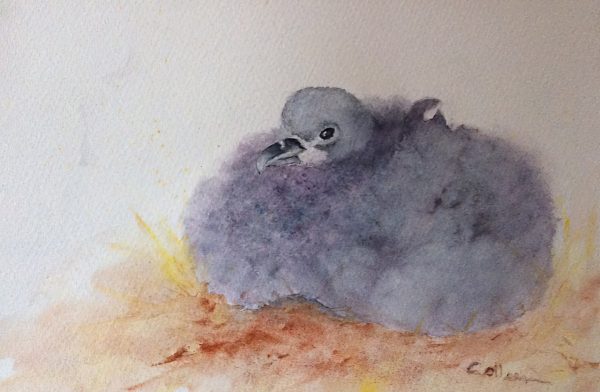 A Grey Petrel chick on Marion Island; watercolour by Coleen Laird after a photograph by Michelle Risi

With grateful thanks to Kitty Harvill, Co-founder, Artists and Biologists Unite for Nature and Christine Bogle, Executive Secretary, Agreement on the Conservation of Albatrosses and Petrels, as well as to the artists and photographers for their support of albatross conservation and the Mouse-Free Marion Project.