Above Picture:  Happy Flock to Marion birders gather on the MSC Orchestra’s pool deck to celebrate their sponsoring over 2200 hectares; photograph by Michael Mason/Mark Anderson

The recent BirdLife South Africa Flock to Marion voyage into the Southern Ocean not only was a tremendous success for the numbers and species of seabirds seen, especially albatrosses, but also because of the generosity of its passengers.  Over three million Rand was raised for the Mouse-Free Marion (MFM) Project on board and during events held before and after the voyage in Franschhoek, Western Cape and Umhlanga, KwaZulu Natal.  During the voyage, over 600 passengers sponsored 2207 hectares of Marion Island bringing the total sponsored to date to nearly 4200 hectares.  Sponsorships pledged onboard came from both individual birders and from bird clubs affiliated to BirdLife South Africa. 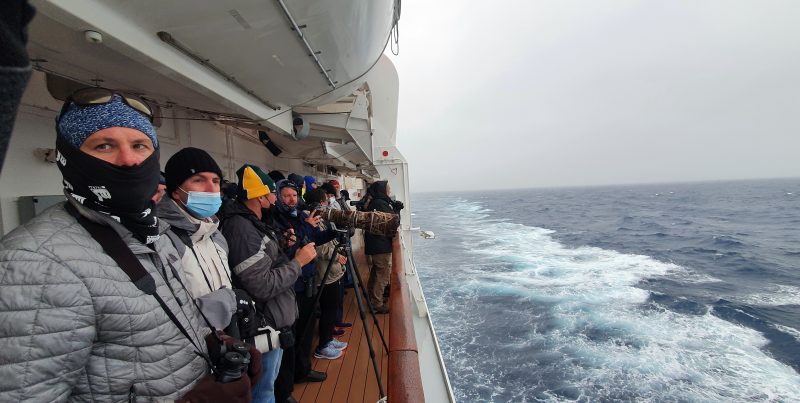 Suitably masked against COVID-19, “Flockers” line up for new lifers aboard the MSC Orchestra

Passengers were enthralled by talks from world-renowned seabird expert, author and artist, Peter Harrison MBE, as well as by the MFM Project Manager, Dr Anton Wolfaardt, and Chair of the MFM Scientific and Technical Advisory Group, Professor Peter Ryan, amongst others.  Peter Harrison auctioned copies of his new book, Seabirds: The New Identification Guide, personalized with sketches he had drawn inside, as well as artist proofs of the seabird plates from his new book. 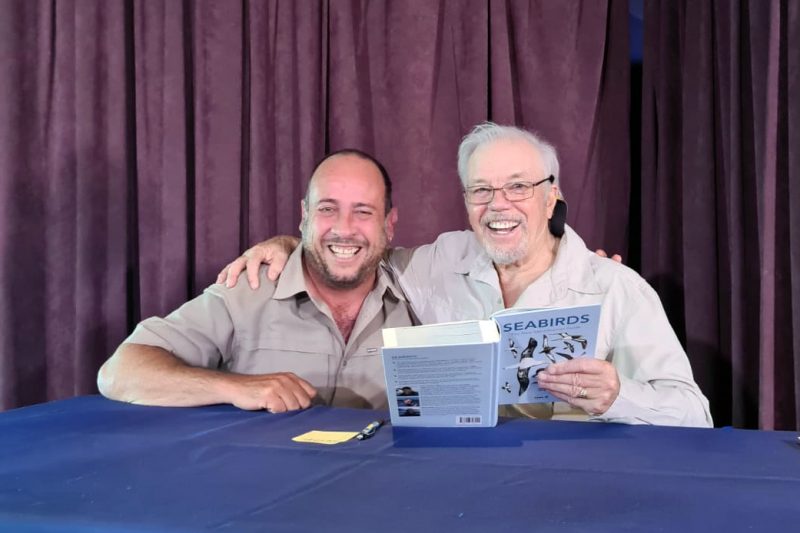 Grins all round: BirdLife South Africa Flock to Marion Guide Trevor Hardaker (left) has his copy of the new book signed and illustrated by author Peter Harrison MBE; photograph by Margaret Hardaker

Mark Anderson, Chief Executive Officer of BirdLife South Africa and Chair of the Mouse-Free Marion Management Committee, writes “The generosity shown during Flock to Marion really blew us away (more than a strong Cape Town south-easterly!), with more than R3 million raised towards the MFM Project.  Thank you for contributing towards this critically important conservation project and helping to ensure that generations of future ‘Flockers’ can witness the majesty and diversity of the Southern Ocean’s seabirds and mammals, as we were so privileged to do.” 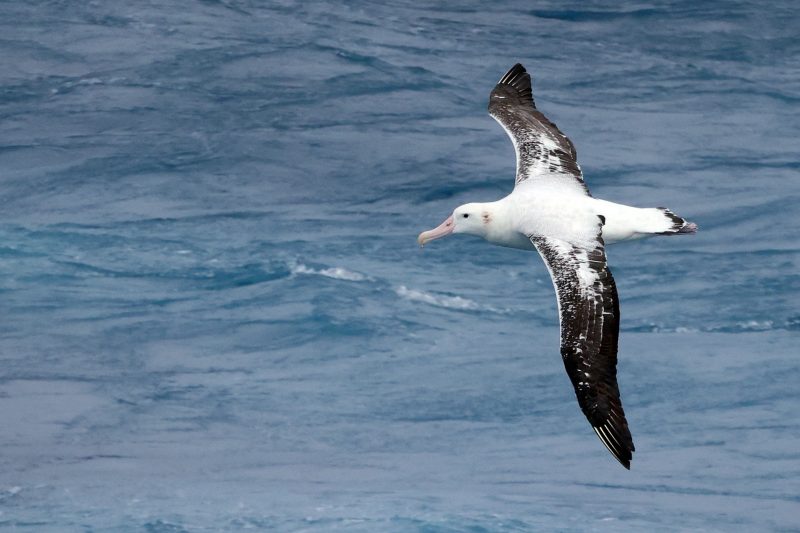 An adult Wandering Albatross flies past the ship between Marion and Prince Edward Islands; photograph by Trevor Hardaker

The MFM Project aims to rid Marion Island of alien invasive House Mice in 2024, with the objective of restoring the island’s ecosystem and protecting the biodiversity of this jewel of the Southern Ocean.  A total of 28 seabird species, including many albatrosses, penguins, prions, and petrels, breeds each year on Marion Island.  Islands comprise less than 1% of the Southern Ocean, making these tiny refuges of land critical for preserving biodiversity.  The mice have already had a devastating impact on many invertebrate and plant species on the island and are now eating seabirds alive, threatening their very survival on Marion Island.

The MFM Project Team and BirdLife South Africa wish to thank the many supporters, both on and off the Flock to Marion voyage, for their support of this critical conservation project.  With your help, we can rid Marion Island of its mice and restore this critical ecosystem.  For more information, to make a donation or to sponsor a hectare to support the project, please visit mousefreemarion.org.

Read an earlier MFM News post on the Flock to Marion voyage here.

With grateful thanks to Trevor and Margaret Hardaker for their photographs.