Above Picture: A Grey-headed Albatross guards its chick on Marion Island; photograph by Michelle Risi

The Mouse-Free Marion (MFM) Project is working towards eradicating the island’s seabird-killing House Mice in 2024.  To increase awareness of the dangers the birds face, and the risks to Marion’s whole ecosystem from the mice, as well as to raise the visibility of the endeavour, the project has illustrated many of its news posts with grisly pictures of mice eating the chicks of Grey-headed and Wandering Albatrosses and other species alive.  However, it is also important to show the beauty of the island and its birds, so the passion the management team and its supporters feel for the project can be understood.  To this end, a poster series has been produced that depicts the four albatross and two giant petrel species that breed on Marion Island. 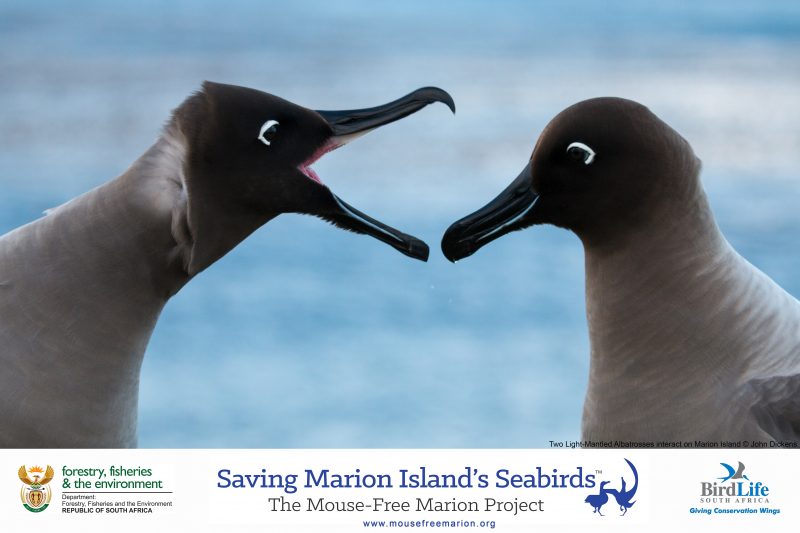 MFM News wrote to researchers who have spent a year or more on Marion Island, asking them to submit a portfolio of their best photos, from which 34 were selected.  The posters have been designed by Michelle Risi, who has spent over four years living on Marion and Gough Islands, conducting research on their breeding seabirds. 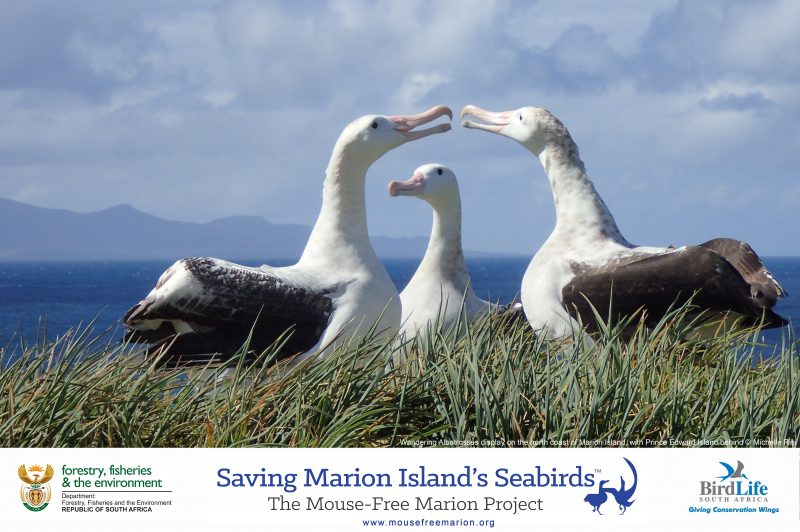 Wandering Albatrosses display on Marion Island, with neighbouring (and mouse-free) Prince Edward Island on the horizon; photograph by Michelle Risi

The 34 posters are being released in batches in high resolution suitable for printing (click here for the first batch).  They will also be available in low resolution in a photo album on the Mouse-Free Marion Facebook Page.  It is intended to produce a second series of posters that will feature several of the burrowing petrels that have been severely impacted by mice on Marion. 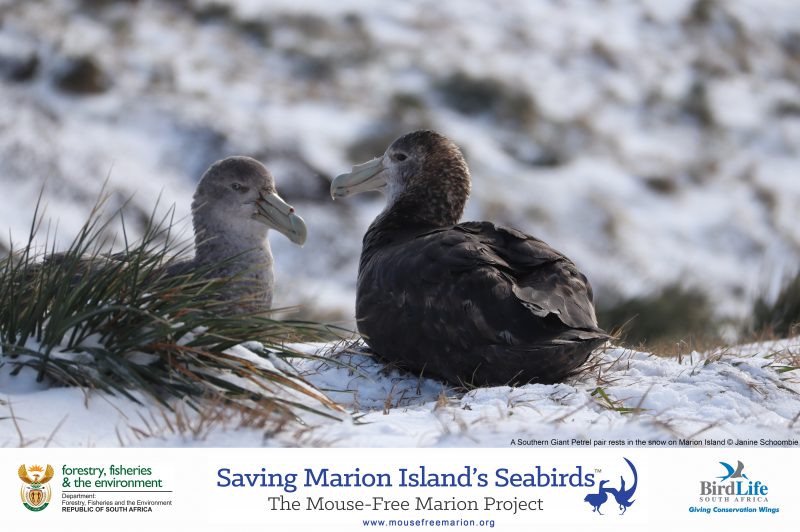 A Southern Giant Petrel pair rests in the snow on Marion Island; photograph by Janine Schoombie