Above Picture: The Sooty Albatross Infographic

The Mouse-Free Marion Project has produced its second Species Infographic, this time for the Endangered Sooty Albatross Phoebetria fusca.  As for the previous infographic for the Vulnerable Wandering Albatross D. exulans (click here), the new infographic has been co-published with the Agreement on the Conservation of Albatrosses and Petrels (ACAP).  The chicks of both these Marion-breeding species are at serious risk to being attacked and killed by the island’s “killer” House Mice – which the project is working towards eradicating.

The Sooty Albatross Infographic, produced in support of this year’s World Albatross Day on 19 June and its theme of Climate Change, is available from the ACAP website in two poster sizes (approximately A2 and A3) and in a web version.  Both infographics may be freely downloaded for non-commercial use and with acknowledgement in the support of the Mouse-Free Marion Project and albatross conservation. 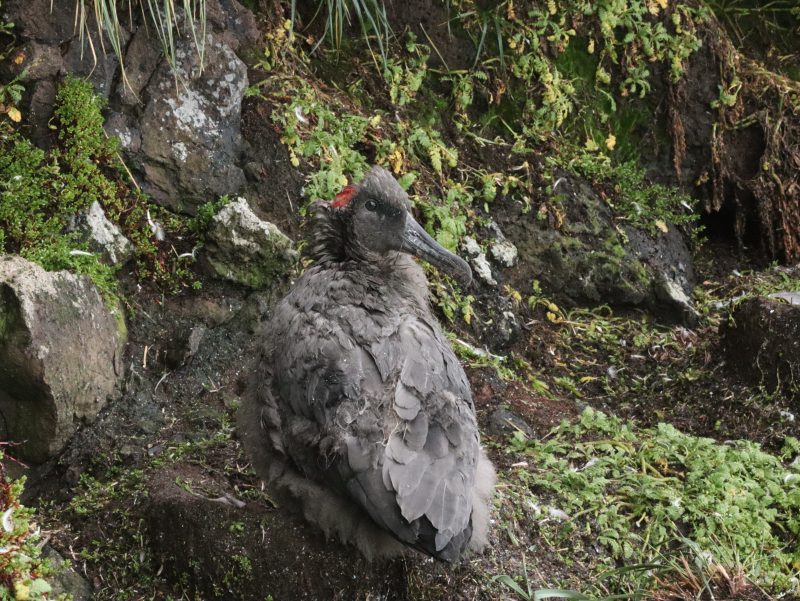 Scalped by mice at night, this Sooty Albatross chick on Marion Island will not survive; photograph by Stefan Schoombie

An infographic for a third Marion-breeding albatross is also available, for the Endangered Grey-headed Thalassarche chrysostoma, co-published by ACAP and the Australian Antarctic Division.  It has previously been featured in Mouse-Free Marion News here.  All three infographics illustrate and make mention of the threat Marion Island’s albatrosses face from the introduced mice.  A fourth infographic, for the Near Threatened Light-mantled Albatross P. palpebrata, will be co-published by the Mouse-Free Marion Project with ACAP later this year.  It will be sponsored by BirdLife South Africa and will complete coverage of Marion’s suite of breeding albatrosses, all of which are at serious risk from mice. 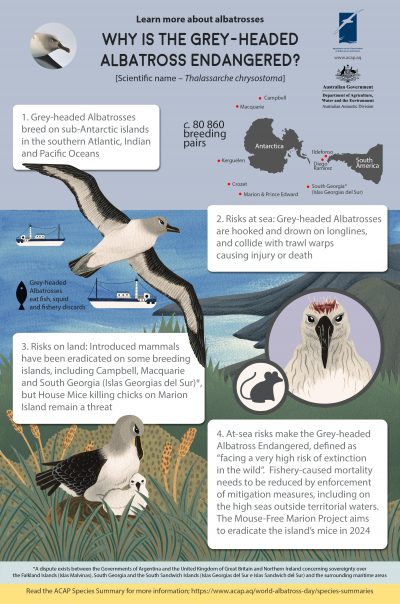 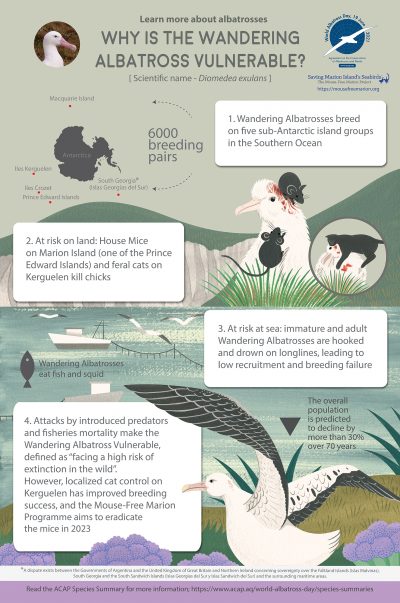 Infographics for the Grey-Headed and Wandering Albatrosses

Three petrel species that breed on Marion Island that are also at risk to mice will have infographics produced by ACAP over the next 12 months.  To be co-published with the Australian Antarctic Division, these will be for the Grey Petrel Procellaria cinerea, the Northern Giant Petrel Macronectes halli and the Southern Giant Petrel M. giganteus.  As for the four albatrosses, these new infographics for petrels will be created by Thai illustrator Namasri ‘Namo’ Niumim.