Above picture: The Million Dollar Mouse project works towards its ultimate success as a bait bucket is loaded at last light on Antipodes Island; photograph by Keith Springer

For many years now, New Zealand has put significant effort and resources into managing pest animal species on its sub-Antarctic islands.  There are five main groups, The Snares, Auckland Islands, Campbell Island, Antipodes Island and Bounty Islands, that together form the New Zealand Sub-Antarctic Islands World Heritage Site.  The Snares and Bounty Islands have never had introduced mammals establish on them — they have remained animal pest-free. 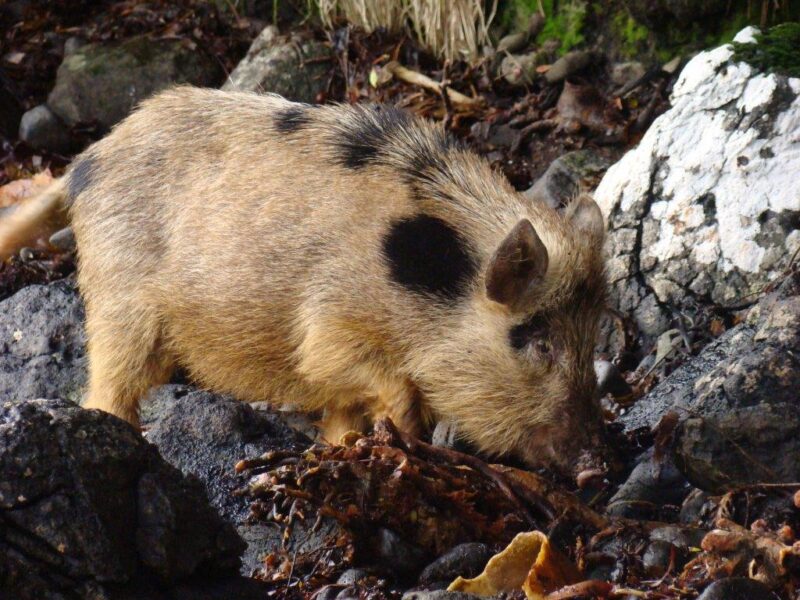 A rare breed in the cross hairs? A feral pig forages among washed-up kelp along the shore on Auckland Island; photograph by Pete McClelland

The other three island groups all had numerous species of introduced mammal establish.  This occurred for several reasons.  Some animals established either from shipwrecks or from stowaways in the stores and equipment brought by the first European visitors – the sealers and whalers of the early 19th Century.  This typically included rats, mice and cats.  Because the islands lay on the ‘Great Circle’ shipping route – in the days of sail, ships bound from Australia to England sailed these latitudes to pick up the prevailing westerly winds – shipwrecks were common (the location of Auckland Islands being incorrectly marked on the charts didn’t help).  As a result, animals like goats, pigs and rabbits were introduced so that shipwrecked sailors might find sustenance.  Finally, the government let grazing leases on some islands, so cattle and sheep were taken there as part of farming operations.

Over the years, the sealing and whaling industries collapsed, steam ships replaced sail, so the Great Circle Route fell into disuse and the grazing leases were cancelled.  However, the animals remained, and diminished the biodiversity values of the islands by eating seabirds, land birds, invertebrates and by grazing the vegetation.  The sum of these impacts was a significant deterioration of the ecological condition of those islands with introduced pests. 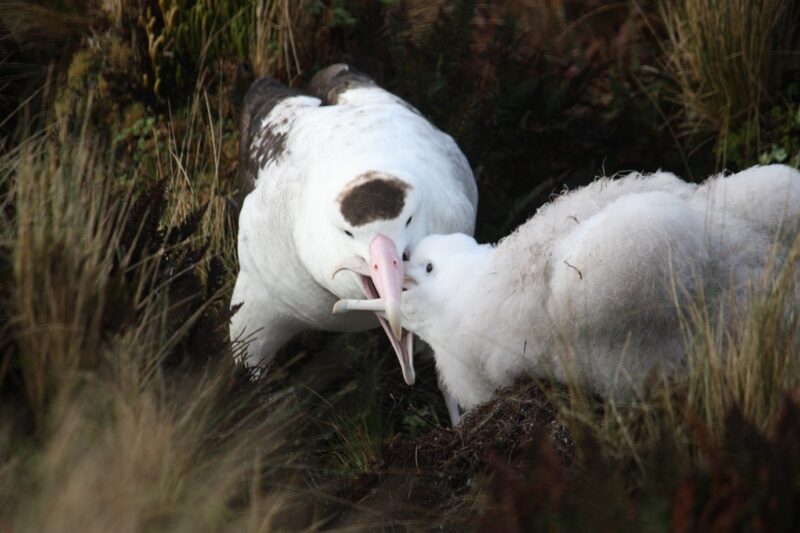 From the 1980s, the then-New Zealand Wildlife Service set about trying to address these impacts, although a paper in the Proceedings of the New Zealand Ecological Society of 1968 had discussed this strategy earlier.  The ungulates were the easiest to remove, with sheep, cattle and goats eradicated by shooting campaigns.  With the establishment of the Department of Conservation in 1987 this work continued, with European Rabbits and House Mice removed from two smaller islands in the Auckland group.  Small by our standards now, that is, but ground-breaking efforts at that time.  This momentum saw Campbell Island cleared of Norway Rats in 2001, which has been the inspiration for many pest eradications on islands in the Southern Ocean ever since.  House Mice were removed from Antipodes Island in 2016, and planning has been underway for some time to consider removal of mice, pigs and cats from 45 891ha Auckland Island.  If accomplished, this would remove the last invasive mammal species from all the island groups in the World Heritage Site.

An immense body of knowledge and experience has been built up in the roughly 35 years of eradication activity on these islands, and each has informed and refined methodology for the next – not only in the New Zealand region, but on islands throughout the Southern Ocean. 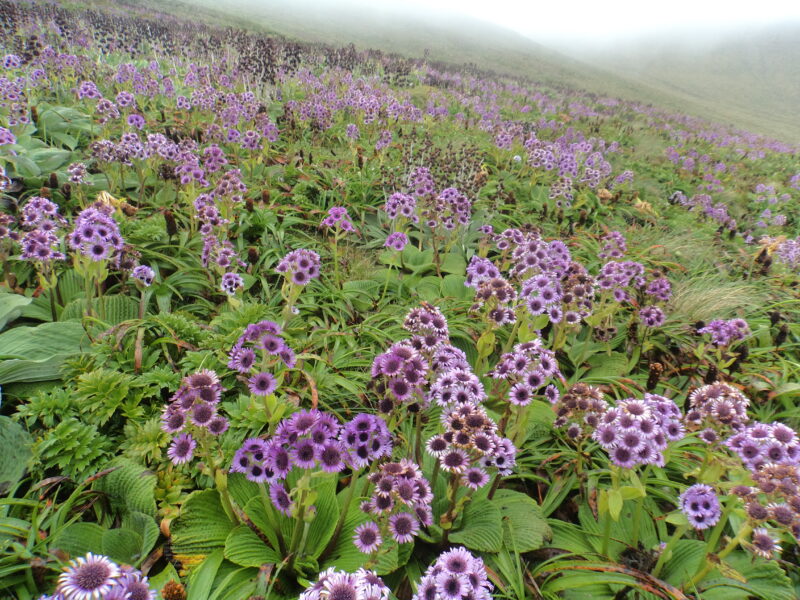 A luxuriant carpet of the megaherb Great Emperor Daisy Pleurophyllum speciosum on Campbell Island – these verdant flower-fields have recovered now that they are free from grazing by the eradicated sheep; photograph by Keith Springer

Now, a special edition (Volume 46(3) of 2022) of the New Zealand Journal of Ecology collates information in 19 open-access papers on topics relating to many of these eradications on the New Zealand sub-Antarctic islands (the Campbell rat and Antipodes mouse eradications have been published elsewhere).  The edition also reports on other island eradications in New Zealand that were partly done as trial projects to inform the planned mouse eradication on Auckland Island, or that informed other aspects of the multi-species eradication planned for Auckland Island, such as potential methods for cat eradication on Stewart Island.  There is also a paper describing the introduced mammals that were brought back to New Zealand so that populations of these genetically isolated breeds could be maintained.  After all, most of the ungulates and lagomorphs had descended from genetic bloodlines that existed up to 200 years ago and have been isolated from others of their species ever since.

Of particular interest to the Mouse-Free Marion Project is a number of papers regarding the eradication of mice, including some where different bait application rates were trialled.  As noted, mouse eradication was achieved on Antipodes Island and may be attempted on Auckland Island, following some years of research and planning.  We consider mouse eradication on Marion Island to be highly ambitious but undertaking this on Auckland Island – 50% larger than Marion – would be an even greater challenge, especially given the complexities caused by the presence of cats, pigs and large areas of scrub and forest.

A special-topic journal issue such as this one really does crystalise just how much has been achieved in the eradication of mammalian pests from sub-Antarctic islands.  Of even greater importance, it also describes the ends to which eradication is the means; that is – the ecological recovery that results from these management interventions.