Above Picture: Maleen Hoekstra stands below the weathered welcome sign on the landing jetty at New Zealand’s sub-Antarctic Campbell Island

To date, over 900 individuals and bodies have donated to the Mouse-Free Marion Project by contributing to the ‘Sponsor a Hectare’ campaign.  But with only 8% of the target of 30 000 hectares sponsored so far there is still a long way to go – an added reason to thank those who have contributed, and by so doing encourage others to make their own sponsorships.  As can be seen on the MFM website’s Sponsor Page, a large number of supporters has sponsored more than one hectare.  Clicking on those sponsors highlighted in bold leads to news posts giving information on the person or body that made the sponsorship.  Here we feature Maleen Hoekstra, a South African chartered accountant who has an enviable list of Southern Ocean islands that she has visited and who explains her passion for and interest in the sub-Antarctic islands and their inhabitants. 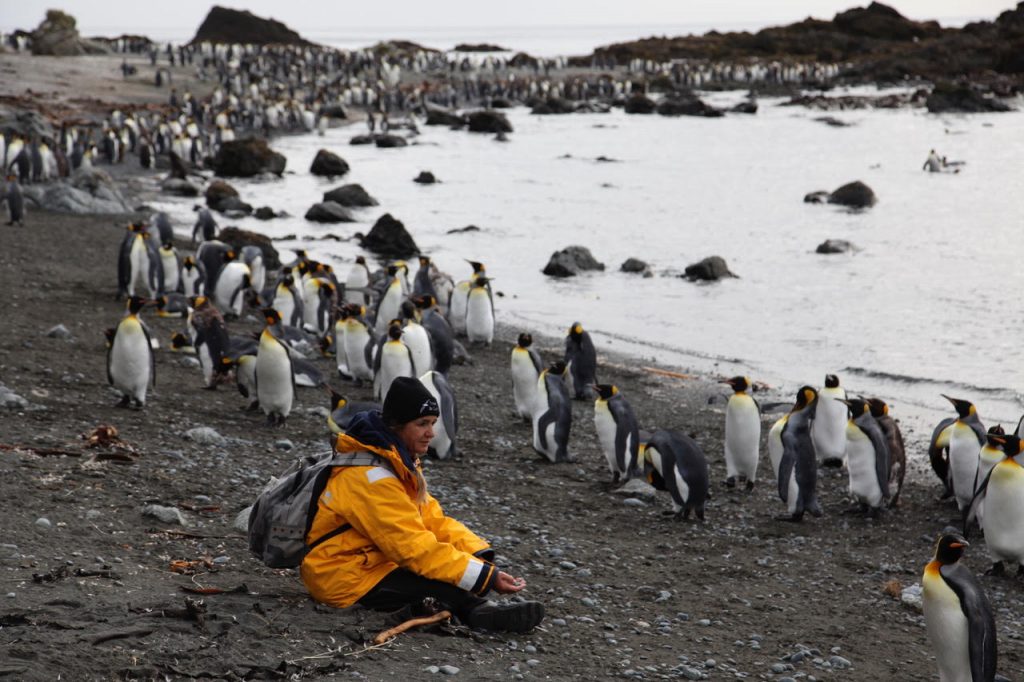 Who is watching who? Maleen among King Penguins at Sandy Bay on Macquarie Island

Maleen writes to the MFM Project: “I was born in Paarl and have lived in Cape Town most of my life, where I studied at the University of Cape Town to be a chartered accountant.  I love the ocean and all things related to the sea, so when I discovered the Southern Ocean and all its beauty, I was rather sorry that I did not have a skill that I could use to apply for work in any of these remote places.  I am however able to contribute financially to help in their preservation and conservation.”  As Maleen has done with her most generous 50-ha sponsorship to the project made in 2019.

She continues “I have visited Australia’s Macquarie Island, where the introduced rabbit problem was explained to me.  The burrowing rabbits [now eradicated] caused landslides onto penguin colonies breeding on the beaches, sometimes wiping out entire colonies.  I have also visited New Zealand’s Campbell Island where we were informed of the conservation work being done to remove invasive species [Norway Rats having been eradicated in 2002] and the success story of the Campbell Teal, once thought to be extinct, but now successfully breeding there again. 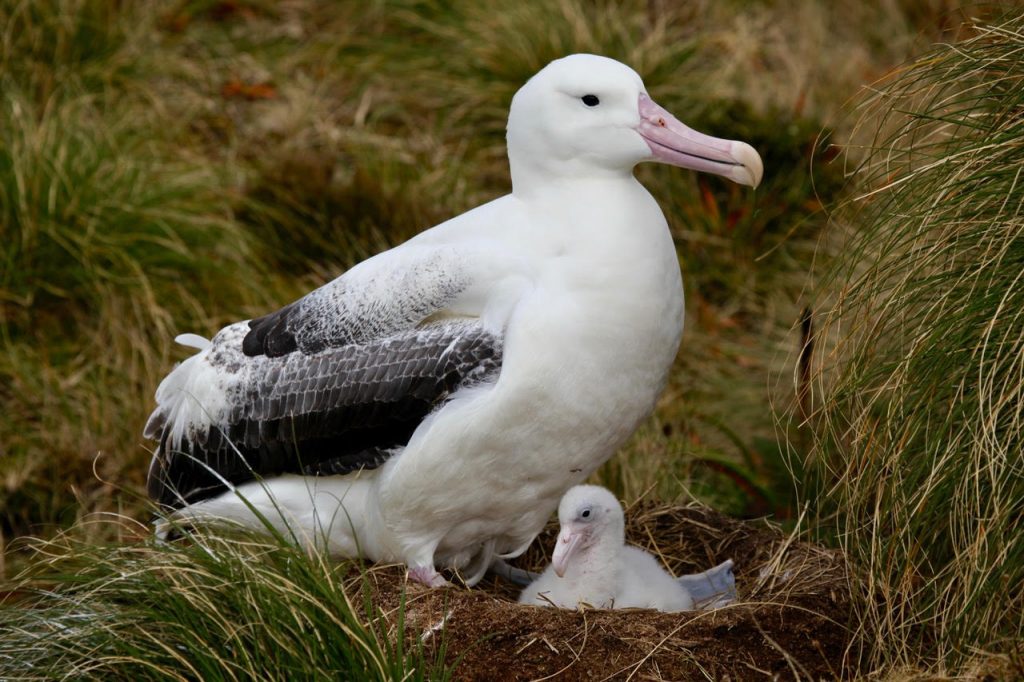 “I have subsequently visited quite a few more southern islands, South Georgia, the South Sandwich Islands, Enderby, Snares, Heard and even some for which that I have forgotten the names.  I also have undertaken a voyage to Gough, Tristan da Cunha and Inaccessible Island on South Africa’s previous Antarctic research and supply vessel, the S.A. Agulhas.  There were usually ornithologists involved in conservation work on board the vessels that I travelled on, and they shared their knowledge and passion to conserve the breeding bird colonies on Southern Ocean islands.  I have not been to Marion Island yet, but I do plan to go on the “Flock to Marion” voyage next year.” 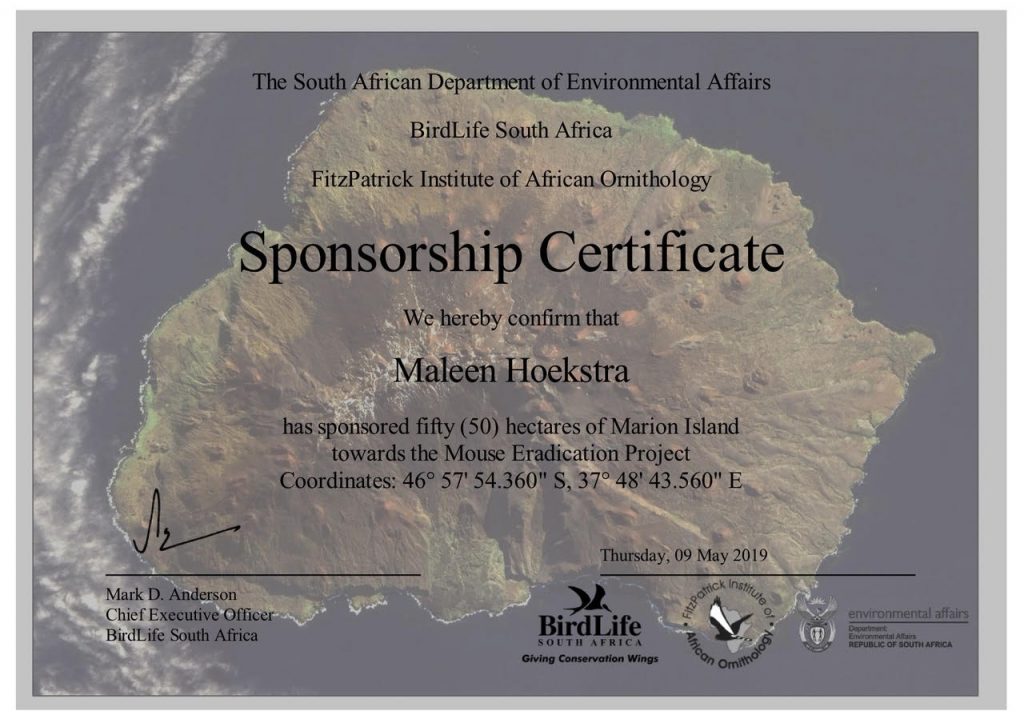 Every sponsor receives a certificate in appreciation

Maleen explains that over the past few years she has encouraged the windsurfing community that she is part of and photographs to donate monies to both the Gough and Marion Island conservation projects, instead of paying her for the photographic images.  She ends by saying “I have many tales to tell (as I am sure you have also) of these amazing voyages that I have been privileged to make in the Southern Ocean.” Perhaps she might share some of them in a future post to this website?

In the meantime, the Mouse-Free Marion Project remains most grateful for her generous sponsorship – and looks forward to writing about many more!